A computer virus is malware that spreads between computers and damages data and software. Learn exactly what it is, how it works, the types, examples, and more. 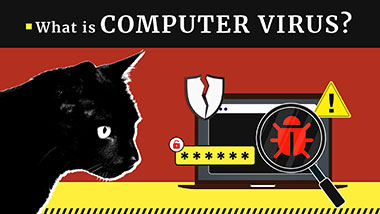 What is a computer virus?

Computer viruses were one of the firstlings in the malware world. First widespread malware was, exactly, the Creeper virus. It was created by Bob Thomas and designed to infect a DEC PDP-10 - one of the most massive computers of that time (1971). Mr. Thomas created it without malevolent intent - to show his colleagues how such programs work. However, the Creeper virus did the same thing his modern brothers-in-arms do - replicating his code into other programs. That led to making the inflated programs malfunction and the hard disk overflow.

Virus did not become a massive malware instantly. Like any other malware, it was failing to become massive because of the spreading problems. Sure, it's quite easy to infect the computers on your uni’s campus, but almost impossible to do that in other places. Until the wide spreading of the Internet connection, viruses were distributed on floppy disks - together with multiple other programs.

In the ‘00s, after the Internet boom, viruses became one of the most widespread malware types in the whole world. At that time, people started calling all malware the viruses - just because the chance that it really is a virus was very high. Common cybersecurity knowledge, weak system security, and the absence of automated ways to remove that lead to the situation when having your computer infected were almost normal. That pushed the development of programs that we know nowadays as anti-viruses. What Is a Security Breach? How to Protect Yourself

So what is the computer virus?

Computer virus, as was mentioned in the paragraph above, is malware that replicates its code into other programs and files. Then, this replicated part replicates itself into other files, so the destruction goes exponentially. At one moment, the program stops working and may even fail to start. Finally, it may turn out that your computer fails to do even a thing without calling the error window. In the saddest cases, when the virus damages critical system files, you will see the BSOD when trying to boot Windows.

That is how viruses work

What is more interesting - viruses were completely unprofitable during this boom. In the ‘00s, there were a pretty low number of malicious programs that could be monetized in any way, but it is very unusual to hear now, in 2022. In those days, the malware was distributed to amuse someone rather than gain money. And in fact, the end of the computer virus domination era was the start of the malware-for-profit epoch, which lasts till these days.

Why did computer viruses disappear?

It is pretty ironic that computer viruses were the stimulus for anti-malware programs to be created, and exactly anti-malware was the force which made the viruses cease to exist. Malware analysts had endured combat with viruses for a decade but finally found a way to stop them all - even the newest ones. They implemented the rule “if it reads a text as a code - it is a virus” - and that was enough to make all attempts of malware creators useless. And they possibly could be more motivated if their job was profitable, but that was much more reasonable to switch on other malware types or even go to a white job.

Sure, viruses did not disappear completely. It is possible to bypass the rule mentioned above by some tricks with obfuscation and repacking. However, there is still no way to monetize a stand-alone virus. It makes the programs and system malfunction - and what’s next? Trying to make money on that thing is hard, but crooks still use it sometimes. Viruses are pretty useful when you need to exploit the vulnerability or to make certain apps malfunction. That’s why cybercriminals sometimes apply using specially created viruses to commit cyberattacks on corporations. Does a Factory Reset Get Rid of Viruses?

In old times, viruses were everywhere when computer viruses were on the malicious Olymp. You could click on the banner online and get one, install a pirated game - and the virus will be included. Even visiting certain websites was not safe - viruses could stealthily get on your PC and launch. Most of these spreading ways are impossible in modern times because the software has much more protection. Yes, malware developers may say for sure that earlier was better.

Nowadays, as was already mentioned, viruses are mostly used in cyberattacks. Hence, their usual spreading ways are the same as spreading ways of the initial payload for attacks on companies. Spamming of different sorts, RDP exploitation, social engineering or even all together simultaneously - all these things are typical for computer viruses spreading. After the successful penetration of the network, the virus is launched together with keyloggers or other things.

The example of email spam message

More interesting thing is how these viruses are designed. Since anti-malware programs have such a powerful countermeasure, it is impossible to use classic computer viruses. That’s why crooks usually order it somewhere and receive a real Frankenstein child. Most of such malware is ordered somewhere in Asia and then used to commit attacks on the whole globe. These viruses are packed in a very unusual way and have an extremely obfuscated code. Such tricks allow fraudsters to avoid malware detection. Nonetheless, it is better to use a backdoor - it is much harder to detect and easier to make stealthy. Which Deadliest Virus in History? Types to Remember

How to prevent computer viruses?

Getting a computer virus these days is like finding a gold nugget in a pig trough. There is a small chance of getting one when browsing some ancient pages on your old computer. But if you are afraid of getting one - forget about opening suspicious pages and starting the programs from untrustworthy sources. It is not about preventing viruses - it can help you prevent malware. So let’s check them out - to stay aware.

Illegal software is one of the most massive malware sources for individual users. Hacked games from torrent trackers or downloaded directly from websites with “free” games, hack tools, and keygens for various software are the best carriers for malicious software. In particular, stuff like KMSPico is considered one of the most common sources of ransomware and spyware at the beginning of 2023. Forget about using it - and you will significantly decrease the chances of getting a virus. 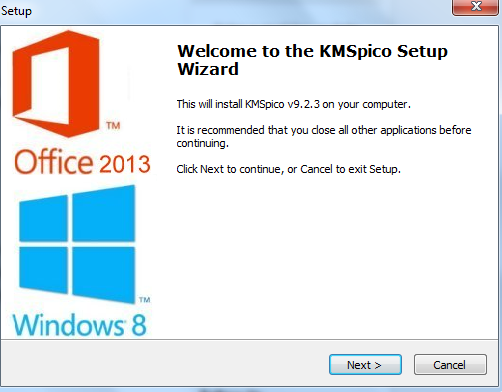 KMSPico program - one of the most massive sources of malware

A new trend in virus distribution is email spamming. Fraudsters send emails that bait users into clicking on the link or opening the attachment. Whatever it is, you will receive malware on your PC after the malicious script execution. Avoiding such emails is difficult: crooks try to make them similar to the original messages from legit companies, like Amazon or FedEx. Thus, it would help if you remembered the only difference they cannot hide - the sender’s email address. Just keep in mind that delivery messages from Amazon will not be sent from [email protected] - they have an official and genuinely-looking email address for that case.

Protect yourself against virus with Gridinsoft Antimalware, the best Antivirus available. Regain control of your privacy with a virus scanner, detector, and remover that's ultra-fast and refreshingly lightweight — and 100% effective.

The last piece of advice, which acts rather as a final remedy, is to use anti-malware software. The most effective way to protect yourself is to combine the additional security software and your knowledge. Proper security tools like GridinSoft Anti-Malware will protect your system from computer viruses, spyware, ransomware, or other threats. Does My Phone Have a Virus

What is the scariest computer virus?

Viruses can destroy your system and steal all the valuable data that it holds. To say that there is a single most vicious virus will be inappropriate. Unfortunately, such merciless viruses up to 10 or more. It all depends on their type; the harm they do is terrible, but each in its way.

In the group of such scarecrows should be included Cascade, which in the late 80s and early 90s made the characters in DOS sink into the bottom of the screen. In contrast, he made a repetitive process, making useless calculations.

AIDS. This is another DOS malware from the early '90s that captured the user's screen and scared its victims that their system was infected with AIDS. In this case, the system should be rebooted, and then deleted all infected files.

Skulls, a Trojan, attacked Symbian mobile OS. Masquerading under legal application, it replaced the icons on the screen with images of crossed bones and skulls and made the standard app unusable for use.

We also can extend the list of the most dangerous viruses with many more specimens, such as Tequila, Rigel, Gruel, and others.

What are the four types of computer viruses?

Polymorphic virus. These viruses hide under the guise of altered forms and carefully avoid detection. They do this because of the large number of constantly changing clones.

Resident virus. This beau aims to damage your RAM, files, and motherboard memory; more than that, it will not let you delete it. Yes, that's right, once you find and try to eliminate it, it can still store it inside your OS.

Boot sector virus. This type of virus extends to your device using a USB drive, CD, and floppy disk to go through your hash sector, which is responsible for your operating system and damages your device.

Direct action virus.This virus differs because it is the easiest to create and can spread quickly. It joins many EXE or COM files, then removes itself.

Is Trojan a virus?
Trojans are the way to spread the virus. Trojans disguise themselves as operating programs, often with the preservation of the original functionality. And once they’re in your system, they start performing destructive acts before they’re even detected. Some work only on hacker’s instructions, while others start charging the device with malicious software immediately. Since malware is the source of the virus itself, Trojans can also be considered viruses. Given that the purpose of this malware is similar to the purpose of spreading the virus, it is safe to say that it is one of the types of viruses.
Who invented the computer virus?
The world first learned what a computer virus was in 1986. It was written by two brothers, Basit and Amjad Farooq Alvi, for a Windows-based PC. This virus is called "Brain," It was created to adjust and protect the software. After the pirate version of the virus spread worldwide, the media went crazy with the number of notifications of infected computers but initiated no criminal proceedings against the creators. Finally, in 1987, an outbreak prompted IBM to create the first antivirus for a wide range of users.
What is the latest computer virus?
About 12 years ago, antivirus vendors invented a universal rule that defines every virus: "If a program reads text as code, it's a virus." After that, viruses as a kind of infection left the arena. After this rule, one of the most common in 2010 was a label virus that infected flash drives. After inserting the drive into an infected computer, the infection replaced all the files with labels, damaging the originals. Nowadays, viruses are rarely used in targeted cyber attacks and are specifically designed to avoid detecting viruses that disrupt antivirus software or expose vulnerabilities in used programs.