Difference Between Antivirus and Antimalware

What’s the difference between antivirus software and anti-malware tool? Both refer to security protection, but what function does this software have, and how are they concerned with modern virus protection? 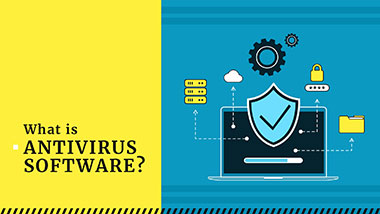 Most users think anti-malware and antivirus programs are synonyms. This statement is correct for some reason and from a certain point of view. By most attributes, these programs are similar but still have enough differences to be classified separately. So what is the difference between antivirus and anti-malware?

Antiviruses and anti-malware have a lot in common. They both are globally classified as cybersecurity tools. Both of these types may have active and passive protection facilities. According to its technical definition, the difference hides in the system recovery abilities: an antivirus program can perform all sorts of recovery operations after virus attacks.

Viruses in their classic instance are malicious programs that can add their code into other executable files to replicate themselves. These actions make the system sluggish and lead to various program failures. Moreover, viral code parts into legit applications are the easiest way to use exploits in specific programs.

Anti-malware programs are able only to remove malicious programs and prevent their launching in the protected system. This type of security tool can have some sort of system recovery abilities, but they are likely to fix system configurations and registry entries. Anti-malware software cannot remove malicious code from the programs infected by viruses. 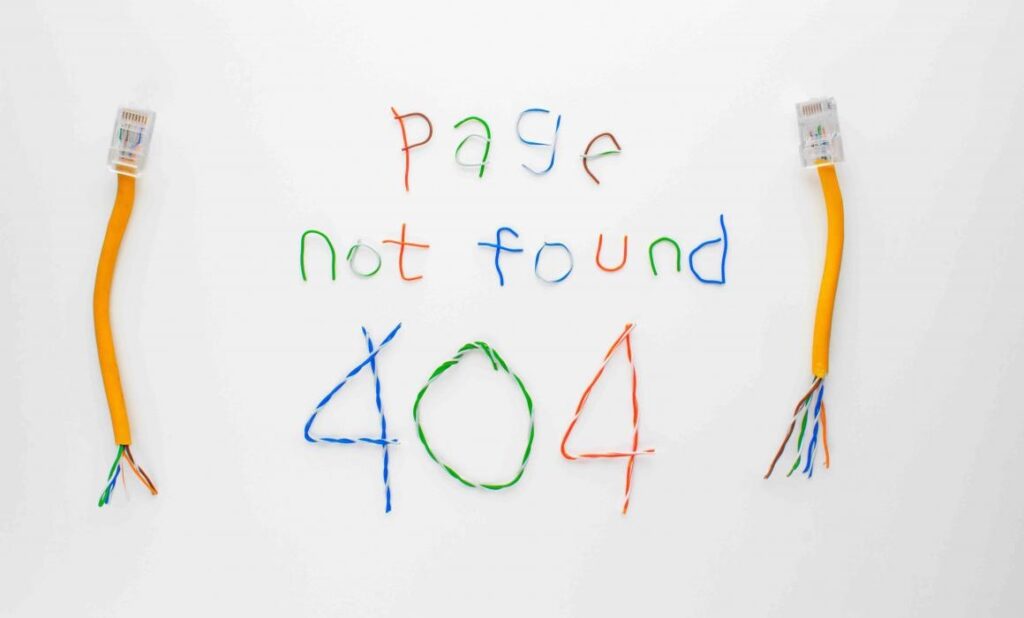 Fosshost, an Open-Source Project Hosting, Is Closing Down as Its Leader Disappeared 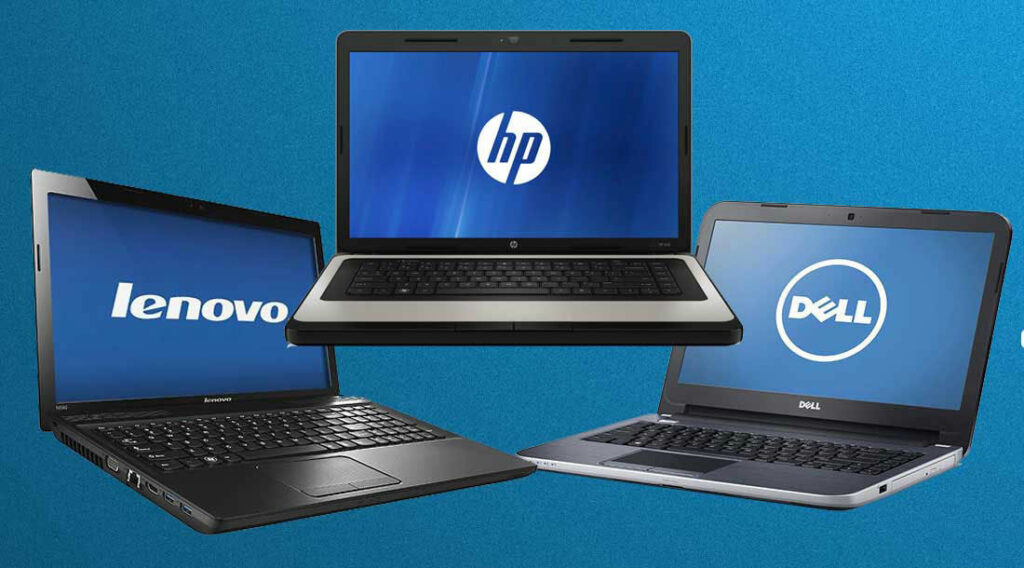 Dell, HP, and Lenovo Devices Use Older Versions of OpenSSL

How to choose between antivirus and anti-malware software?

The program with more abilities is better. However, you must pay for every program element and every hour the developer spends. Spending money only on things you need is one of the critical principles of saving. Full-size antivirus software is always more expensive than antimalware programs. Choosing a program that does not have excessive functions is essential to avoid overpaying.

If you do not use many programs and reinstallation will not take a lot of time, anti-malware software will be enough. This security tool class will help you recover the system after malware injection, but third-party software recovery will be your goal. This solution will likely be cheaper, even though this program may have the same protection features as antivirus tools.

If you have a lot of various software on your PC or don’t want to spend a lot of time reinstalling the programs, antiviruses are your choice. They are more expensive, but you will recover both system apps/settings and installed software.

Features of a great antivirus software

How can you say that a certain security product is superior to the other? By the number of features it offers. And we are not talking about complementary things like VPN, parental control or disk encryption. The properties to pay attention to are directly related to the anti-malware functionality. Exactly, those are constant and often updates, real-time scanning abilities, moderate resources consumption, automated system cleanup, and omni-directional protection. Let’s check them out one by one.

Malware world is changing so rapidly that even malware analysts struggle to catch the actual trends. Software, which is not designed to predict the future, is just not able to react correspondingly to new threats. Having the heuristic engine smoothens the obsolescence rate but still cannot guarantee peak efficiency. That’s why having daily (or even hourly!) updates are vital for having the best security you can probably get from your tool.

Real-time, or proactive protection scanning, is the function that supposes the constant background monitoring of all processes running in your system. You are opening the folder - AV-tool checks it. You are starting the app - AV checks it, too. That feature may have a high resource consumption, especially on weak systems with HDD, but the profits are much higher. If the anti-malware program has a well-done heuristic engine (which is the basis for proactive protection), it nails all possible malware injection attempts.

Is it a pleasant situation to have your PC completely frozen because of the anti-malware software activity? We don’t think so. Security tools must not take 80+% of your CPU power, comparable to some malware types. A proper anti-malware protection tool must be sparing to the computer resources, especially on weak and outdated devices.

It is hard to imagine PC usage without having an Internet connection. Most of our daily activities are related to the Internet - in this or that form. Meanwhile, the network is the main source of threats and just ordinary garbage files that fill the system. Good anti-malware software must have the functionality of regular scan & cleanup of the system. It is ideal when it has both automatic mode and a schedule set up manually - to give the user maximum options.

We have already mentioned that the Internet is the main source of malware. However, there are a lot of possible variations on where exactly this malware appeared. Regarding the apps considered trusted, , some antiviruses may skip the check-up of the files from those programs. That is unacceptable when you need to be fully protected. “Trusted” apps are the most dangerous attack surfaces, and even when you suppose it is safe - it is better to check them once again.

How does anti-malware (and antivirus) software work?

Almost all cybersecurity tools these days still use “classic” ways of malware detection. Security programs use signature databases for malicious item detection during the scanning process. Various security tools can also offer you a heuristic engine for virus detection. This detection mechanism acts as a background scanner that checks all processes running on your PC. Let's check each one in more detail.

Detection systems that are active in anti-malware and antivirus software

The aforementioned “classic” way of malware detection is the method where the program compares the hashes of the file with its database. This hash is called “signature” since it is unique for each program and considered valid - just like the signature of a real person. During that comparison, an anti-malware program relies on the databases on the exact computer and on the cloud database. That trick decreases the disk space requirements but may lead to a poor detection rate when the networking settings are corrupted.

Behaviour-based detection, or heuristic detection, is a system that detects malicious activity by the behavior of the processes. It checks each process running in the system and scans each folder these processes try to access. When it detects the malware-specific actions, it blocks the related process and checks its signature in the database. If the match is found, the detected thing is removed from the PC. A heuristic system is what the proactive protection of most antiviruses relies upon.

When the malicious item is detected, all activities related to it are blocked, together with the executable file. The user sees a list of detected threats at the end of the scan. Well-designed anti-malware tools, like GridinSoft Anti-Malware, allow the users to choose what to do with each detected hazard.

The removal process is the same as the usual deletion: an antivirus program takes all the virus files and deletes them completely, bypassing the bin stage.

Does Windows 10 need antivirus?
The integrated anti-malware solution - Microsoft Defender - is great at proactive protection. However, the poor codebase and the tremendous amount of bugs often lead to the inability to use more than a half of its declared functionality. Thanks to the recent updates it at least stopped being bloatware. Before the 21H2 update, it may consume up to 2GB of your RAM, making the weak devices unusable. That’s why we’d recommend looking for the complimentary software - the one that will be better at scanning.
Does antivirus slow down PCs?
For sure, they do - just like any other programs. Antiviruses will likely consume tiny amounts of CPU/RAM when idling, but they will take much more when scanning. The intermediary mode - proactive protection - will take slightly more PC power than when it is idling. However, on the systems with HDD both scanning and proactive protection may cause significant lags due to the low disk reading speed.
Are free antivirus programs safe?
Some are safe, some are not. The programs that are offered as test versions of a full-fledged and paid security tools are likely safe. Such applications have less functionality - no removal functions, no proactive protection, rare updates and so on. Free trial period upgrades it to a full version, but only for a while. However, that short time period gives the user a chance to have a look at the full functionality. After that, some basic security features remain, which makes it possible to use it as an anti-malware scanner.

However, there are several antiviruses that declare having the full functionality for free. Those apps are considered as rogue software or scareware. Their only target is to make you pay them. Under the guise of “free malware remover” you will get the program that will randomly block the executive files of the apps you use, and ask for the “licence” to “remove the threats”. You will not be able to delete it or unblock your files - these apps cannot be deleted from usual interfaces. Fortunately, they are pretty rare nowadays.
Do I need both antivirus and anti-malware?
You may have both antivirus and anti-malware, if you want. But it is not rational to spend over 100$ per year to have the apps with pretty much the same functionality. Antivirus software is good when you have a lot of applications and it will take too much time to reinstall them. This software type has special functionality that allows it to repair the files after the malware attack. Meanwhile, it makes these programs much more resource-demanding.

Anti-malware programs, on the other hand, can fix only system components. It will fit perfectly the users who do not use a lot of third-party software on their computers, or has its portable versions. Apps that belong to this type are usually cheaper and consume less hardware resources. Choose what’s yours!