Spyware is a kind of malware that monitors your daily activity, steals sensitive information like credit card details, passwords, visited sites and etc.

You may be interested in taking a look at our other antivirus tools: Trojan Killer and Trojan Scanner. 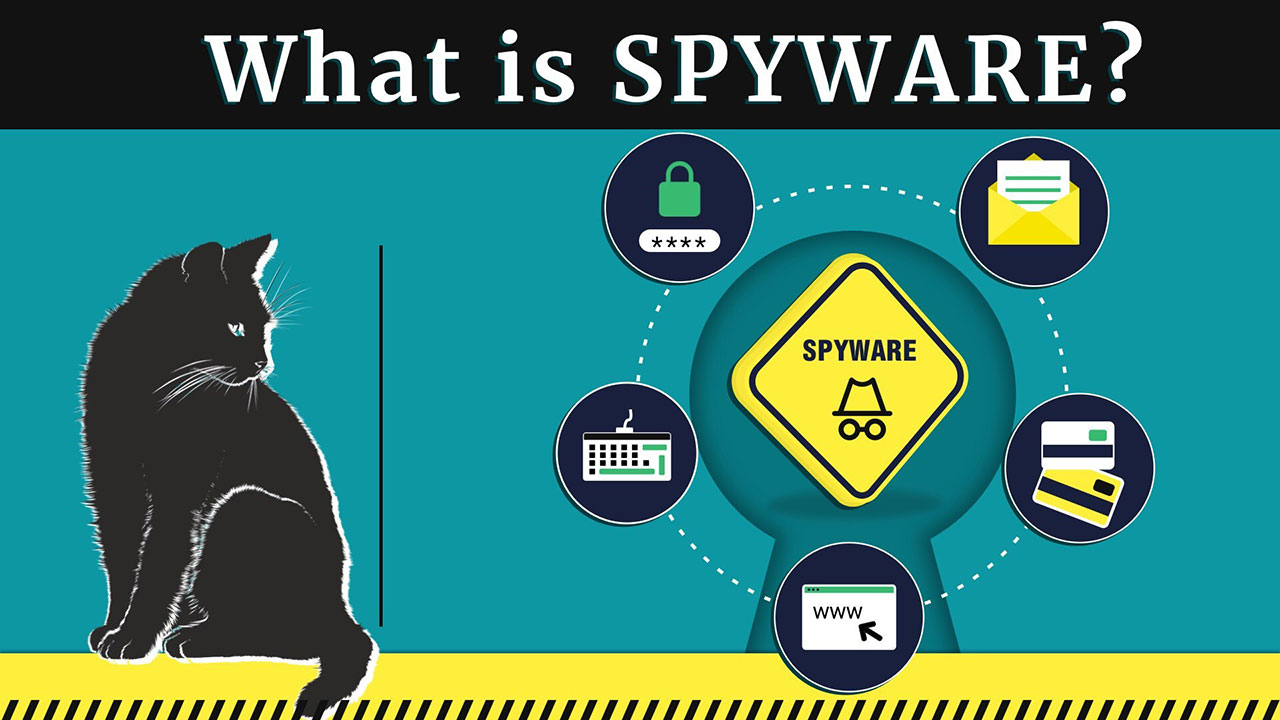 You never expect it, and can barely see how it acts. Your private information will be stolen, and all actions you do will be logged. It is not just a virus - it is a sophisticated tool that can be used by cybercriminals for various purposes. Privacy is not so private now, huh?

Spyware can shortly be described as a virus which records all your actions, logs your location, your IP-address and various other data. This virus, like a real spy, relies on stealthiness - if it is not spotted, it can peep almost everything about you. Spyware is extremely hard to recognize without the use of anti-malware software, since it acts deeply inside of your system. Moreover, it tries to conceal the majority of its activities, so even some of the antivirus programs are not able to detect it.

Sometimes, spyware hides inside of the legit program. This app may be distributed through official channels, such as publisher’s websites or Google Web store. Of course, all spyware elements in those programs are uncovered, sooner or later. In some cases, programs contain not exact spyware, but a functionality which can be used as one which spyware offers. Such functions are often added unintentionally, and the developer usually removes those functions exactly after they are reported. Nonetheless, there are still a lot of questionable utilities that reportedly have the spyware elements, but their developers ensure that they did not add any sort of malicious items.

Spyware and stealers - what is the difference?

There are several types of computer virus which are used as a spying tool. They are very similar on their basic level, but have a lot of significant differences when it comes to final functionality. Spyware and stealers are like brothers, since their final target is single - steal the valuable information and carry it to cybercriminals who control the virus. The difference is in the kinds of information those viruses are oriented on. Spyware primarily aims at the overall information - your location, IP-address, activity hours, installed programs, computer configurations, and so on. It steals this information immediately after being launched, connecting to the server controlled by its creators. To perform the connection, spyware adjusts the networking configurations, changing the corresponding registry keys and modifying the Group Policies.

Meanwhile, stealers are targeted on a certain type of your sensitive data. It may hunt only on your passwords, or on the networking logs; it can try to get some of the files you keep on your PC. Focus of that virus decreases the overall chances for successful attack. Sometimes, a virus is not able to find the place where your passwords are kept, sometimes it cannot deal with the security mechanisms that protect the credentials. In case with the valuable documents the stealer virus may lose, because you encrypted the file, for example. Even if the stealer delivers the data it is targeted on, there is no guarantee that fraudsters will be able to read it. Don’t forget to use the disk encryption feature!

What Is Password Stealer And How Dangerous Is It?

With the evolution of cybersecurity technologies, many spyware programs have disappeared, while other, more sophisticated forms of spyware have emerged. Some of the best-known examples of spyware include the following:

What is the need in spyware?

Personal information is always a valuable thing. The price for a certain type of information may rise significantly if you are a celebrity of some sort, or have access to variable valuable things. Even if you just have a lot of money, fraudsters may steal your data to force you to pay the ransom to keep this information private. Sometimes, cyber burglars may take a jackpot, getting some really secret information about their victim. In such cases, ransom amounts may reach tens of thousands of dollars.

However, more often is a data sell-off in the Darknet. Some confidential data, as well as activity hours and the list of installed programs may be pretty useful for someone. Possibly, real-life criminals may purchase that information to plan the robbery, or to understand if the certain person has something valuable to steal. In some cases, spyware may be used exactly to spy on someone, for example, on the girlfriend. Hence, in these cases the virus does not carry any significant harm, but it is still unethical to do so.

Can I see that spyware is currently active on my PC?

As you can read above, spyware tries to be as silent as it can. Its efficiency has a strict correlation with its stealthiness, so if you see the spyware activity - it is definitely a bad example of that virus. Nonetheless, that does not mean that these malware examples are harmless. The spyware activity is also hard to detect because it changes the same elements as other viruses do. Hence, it is hard to understand if the sudden change of networking parameter occured because of the spyware activity, or if there is a trojan-downloader on your PC. There is nothing pleasant in any sort of viruses, but the removal ways for spyware and downloader are different.

That sort of virus makes changes in multiple parts of the system. Primarily, the parts which are changed the most are security settings and networking parameters. For users who make use of Microsoft Defender, a great reason to alarm is spectating the disabled Defender. Spyware almost always uses the security breach which allows the viruses to stop the antivirus from Microsoft without the UAC approval. Users who make use of the limited data plans may also see that the traffic consumption rose significantly. However, Windows may consume a lot of data without any viruses, while downloading the updates, for example, or uploading the telemetrics to the Microsoft servers.

The best way to figure out if there is a virus on your computer is to scan your computer with anti-malware software. Such examples as Gridinsoft Anti-Malware is also able to detect the spyware by its behaviour, even if the virus avoided detection by a regular antivirus engine. The heuristic engine is a hard-to-manage and expensive system, which allows to increase the protection rates significantly.