Keylogger - What is it?

Keylogger is an effective spying tool to see what the victim is typing and where it clicks. It may be used both separately and as a part of spyware. 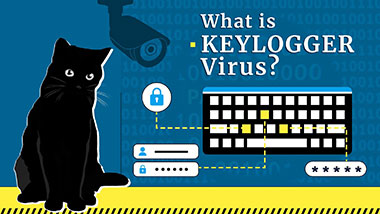 GRIDINSOFT TEAM
Keyloggers sound like something primitive and useless. In theory, they are so because just key pressing sequence logging gives you nothing. However, these malware types slowly came to use inside other malware types.

What Is Keylogger And How Did It Appear?

Many people have considered seeing what their colleague/relative types while using your computer. This is not pretty good to spy on someone, so such thoughts usually disappear quickly. But for ones who keep that thing in mind, it is normal to wish for a more serious thing than - spyware or backdoors, for example. But let’s talk about the exact keylogger malware - it is not obligatory malicious.

The example of keylogger logs. That is what fraudsters see.

Originally, they were just simple programs that pick and log any keystroke. Who may need such a function? Primarily, such programs were created for the employers who wanted to control their workers' activities. It is not very pleasant when your employees chat or watch YouTube, so they just got such a cunning trick. These days, large IT companies like Amazon or Microsoft use combined loggers that track keystrokes, mouse pointer moves, and activity in applications. Big brother is watching you!

Of course, not only tech giants are interested in controlling someone. Parents sometimes use keyloggers to control what their children google or chat about. Not a very pedagogical step, especially for teenagers, and not very effective - you can only see what happened without the chance to prevent it. That’s why it is better to set up a standard parental control - fortunately, all modern OS can offer you such an ability. But when you need to get this information stealthy - keyloggers are the only way. Precisely, the other category - jealous spouses or husbands - rely on keyloggers only because of this.

First keylogger or at least the mechanism that was working for the same purpose appeared in the Soviet Union. The US Embassy used an electric typewriter - IBM Selectric - to type all the documents, including the classified ones. In the mid-70s, Soviet spies managed to install the hardware chip that could register the keystrokes and transfer them to the KGB. This technology was not new - but was still useless against soviet embassies, which used only mechanical typewriters.

Ok, a lot of things that are sometimes called spyware are also used for legit purposes. Even governments use certain software to spy on untrustworthy persons. But where is the edge of benevolence and malevolence? That question is quite philosophical, but the average answer is “where a third party receives the information from this program”. Sure, keyloggers are not about morality - just like any other way of spying. But when the data comes only to the developers (or distributors) of the keylogger, that definitely goes against any philosophical definitions of a good.

The stand-alone keylogger is not pretty effective but still has much potential. Spyware often has a network sniffer module, which helps this malware to intercept the unencrypted data sent through the Internet. However, most sites use HTTPS these days, so it is impossible to sniff the data packs. On the other hand, Keyloggers can steal your passwords and logins just by logging your key pressing sequence. One may say it gets on a low level to outflank the high-level security.

Are Keyloggers A Virus?

Depends on how you get it. If you have downloaded it manually, understanding what you are downloading and installing is legit. There are a lot of keystroke logging tools available on the Internet, so you will easily find one if needed. Cybersecurity studies even offer the samples of ones for educational purposes, and a lot of students' jobs are available on the Internet. Another story is when you discover having a keylogger without doing a thing to get it. Regardless of the fact how you discover it, it has likely done its nasty job and transferred your data to a third party.

Again, the relation of a keylogger with malware or normal programs is a debatable thing. Malware almost always acts for the profit of a third party. Meanwhile, when someone in your family spies on you using a keylogger, it is already a data leak to a third party - your relative. But we used to imagine malware as a thing controlled by people in Guy Fawkes masks. Thus, let’s keep it being so - even though there is little to no difference. 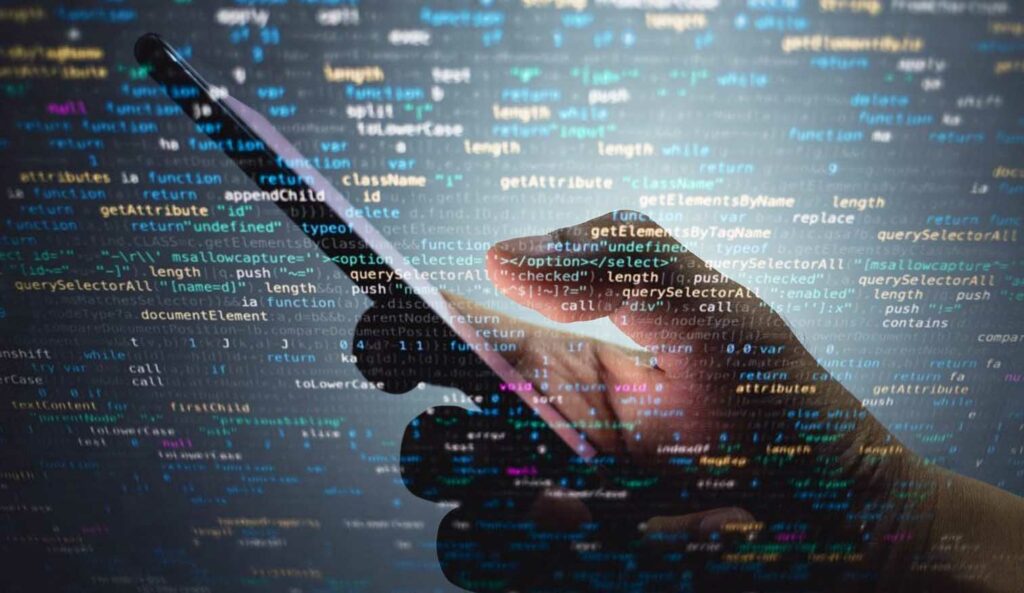 As mentioned at the beginning, keyloggers nowadays are usually spread officially or as a part of the malware, primarily - spyware. “Official” distribution does not mean the main website or affiliated sites - rather several themes on well-known online forums, sites with dubious tools (like KMS Activator) or torrent-trackers. Ones that students, pentesters, or professors post are usually located on GitHub. Some high-end keyloggers - more stealthy and with more functionality for exactly spying - are sold in the Darknet.

Raccoon stealer that is offered in this thread contains keylogger and rootkit.

Malicious examples of ones inside the spyware are not something you will like to have on your PC. As I have described above, it can help the spyware easily outflank even the toughest security mechanisms and steal your credentials or sniff your conversations. The exact spyware distribution is rarely a massive thing. Since it can collect a lot of data about a single victim, it is important to use it wisely and not get the info about every Joe in the area. And cybercriminals understand that - so they use it primarily against corporations or celebrities. But keep in mind that sometimes they are interested exactly in every Joe.

Such messages may contain a keylogger, as well as stealer or spyware that has a keylogger inside.

This or another way, crooks usually spread spyware through email spamming or as a part of “useful tools” you can get online. Email spam is likely an alpha and omega of malware spreading since 2020. People trust emails for some reason, so they open the attachments without any doubt. Then, a script is started - it downloads the malware from a remote server and executes it. Meanwhile, the useful tools may contain some declared functions and a spying module.

⇢ Hackers use Discord as a tool for stealing passwords

How To Detect And Remove Keylogger?

Regardless if you try to detect it on a mobile device or the computer, several strict signs define the keylogger presence. These signs are also the sign of low-quality keyloggers: ones used in spyware usually do not give the user such a chance. Nonetheless, you will likely see several of the following symptoms:

For sure, that list is not full. Some symptoms may be common with other viruses or issues with your hardware or software. That’s why I’d recommend you scan your device with anti-malware software. It will help you deal with the malware on your PC and protect it from further attacks. For instance, keyloggers are very easy to detect and remove with GridinSoft Anti-Malware - thanks to its Proactive Protection function. The heuristic engine which backs this security module allows it to detect even the newest keyloggers - just by their behavior.

Protect yourself against keylogger with Gridinsoft Antimalware, the best Keylogger Removal available. Regain control of your privacy with a keylogger scanner, detector, and remover that's ultra-fast and refreshingly lightweight — and 100% effective. 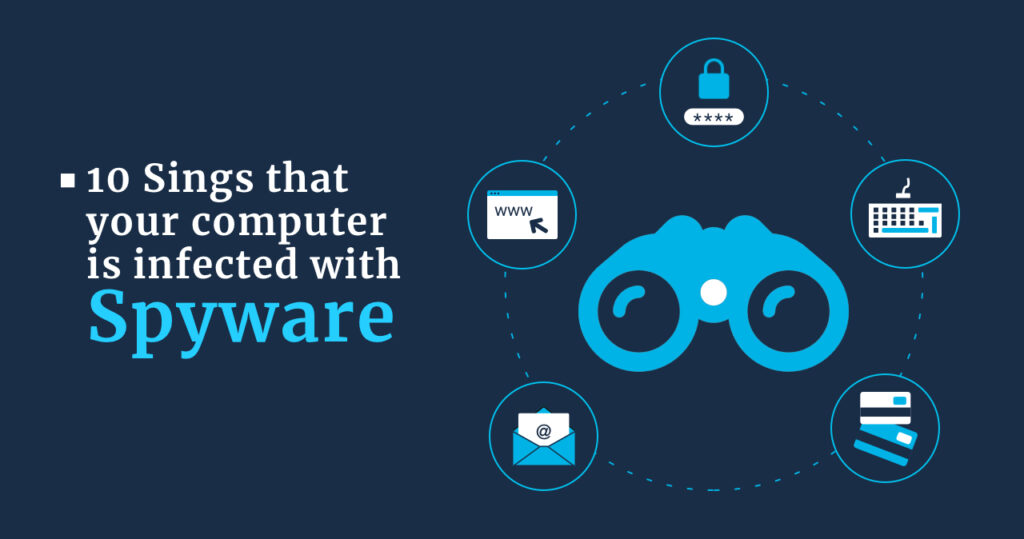 10 Signs That Your Computer Is Infected With Spyware