What Is a Backdoor Trojan? Examples of Backdoor Attacks in 2023

A backdoor is a technique in which a system security mechanism is bypassed undetectable to access a computer. For example, with a backdoor trojan, unauthorized users can get around specific security measures and gain high-level user access to a computer, network, or software. 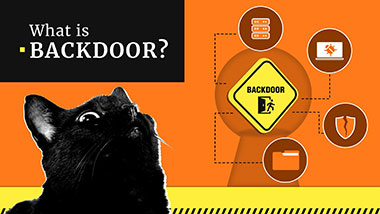 Isn't a back door the best way to break into someone's house to steal a bike? The same is true for computers. Nothing can be so effective for data stealing, remote malware injection, and other uncoordinated actions.

A backdoor is any method that allows someone to access your device without your permission or knowledge remotely. Stakeholders can install a backdoor on your device using malware, vulnerabilities in your software, or even directly installing a backdoor in your device's hardware/microware. These interested parties could be hackers, government officials, IT professionals, etc. As they infiltrate your machine without your knowledge, they can use backdoors for various reasons, such as surveillance, sabotage, data theft, cryptojacking, or malware attack.

Since a backdoor can be inactive for a long time, the victim may not even be aware of its presence. Even if a backdoor is detected, the victim cannot determine who implemented it or what information has been stolen. Suppose a backdoor is found in a legitimate program. In that case, the developer can hide his intentions by passing it off as an accidental bug. Although backdoors have much in common with remote administration tools and Trojans, they are much more dangerous and complex. Although they all work on a similar principle, backdoors have been relegated to a separate category.

So why are some of them detected by antivirus products as Trojans, while others are not? The answer is simple: the determining factor is not functionality but the order of installation and visibility in the system. For example, the installation of a full-fledged remote administration utility is accompanied by numerous license agreement dialogs and a graphical reflection of the process. Backdoor, on the contrary, does it silently and unobtrusively. After launching the installation file, no messages appear on the screen indicating it is being installed.

While running, Backdoor does not show its presence in any way. You can find it neither in the taskbar nor the system tray and, quite often, even in the list of active processes. As for the honest "administrators", they always signal in some way about their work. Usually, it is an icon in the system tray or the taskbar. You can almost always see them in the list of active processes or among services. Finally, any full product has an uninstall function, present in the list of installed applications, which the user can use at any time. The Backdoor can only be removed with special software or "surgically".

Examples of Backdoor Trojan Attacks in 2023:

Backdoors can be installed in two parts of your system - software and hardware. Now we will look at each option in more detail:

Physical modifications that can provide remote access to your device. Hardware manufacturers can introduce hardware-type malicious objects (also known as hardware implants) at one of the production stages. Such backdoors cannot be removed by replacing or updating software and are not detected by code scans or anti-virus software.

These are usually malicious files that carefully hide their traces so that your operating system does not know someone else has access to your device. As well as hardware backdoors, software backdoors can get into the design from the manufacturer (known as software implants). However, more often, it happens with direct user involvement. Reverse Shell vs. Backdoor : What is the Differences?

Backdoors also differ in the methods of implementation, among which we can distinguish:

Hardware backdoors include modified computer chips or other firmware/hardware that allow uncontrolled access to a device. These can consist of phones, IoT devices such as thermostats, home security systems, and routers and computers. These backdoors can transmit user data, provide remote access, or be used for surveillance. Hardware backdoors can be shipped with products (either illegally by the manufacturer or for some nefarious purpose) or installed physically in case the device is stolen.

Trojans are malicious files that impersonate legitimate files to gain access to your device. After obtaining the necessary permissions, the Trojan can install itself on your device. In addition, trojan backdoors can allow attackers to access your files or install more severe malware on your device.

Rootkits are more advanced malicious programs capable of hiding their activities from the operating system, with the operating system granting them security privileges (root access). Rootkits can allow attackers to remotely access your device, modify files, monitor your activity, and harm your system. Rootkits can take the form of both software and physically changed computer chips.

Once in the system, backdoors give the attacker the needed data and allow him to control the machine. This can happen in three ways: 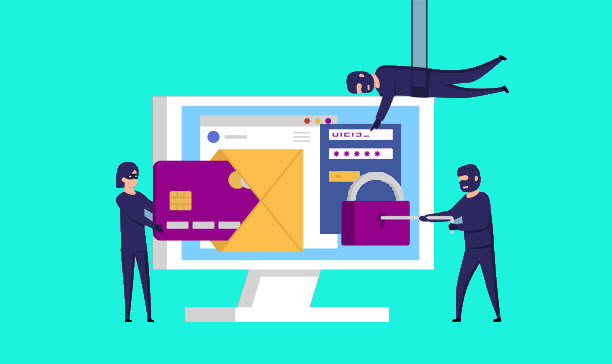 Signs of Identity Theft: How to Prevent It?

What Are The Backdoor's Goals

The target audience of backdoors is no different from other malware. Attackers are usually interested in devices belonging to commercial organizations, government agencies, enterprises, etc. However, ordinary users' computers are also of concern to them. Being challenging to detect, backdoors can be present on a system for a long time (months or even years), allowing the victim to be monitored, have their data stolen, and have their device used for other nefarious activities by hackers.

After gaining access to the system, the hacker can thoroughly learn the user's identity and use this information for criminal purposes. Thus, computers can be stolen from secret documents, developments or documentation, and trade secrets, which can be used by company competitors or sold in the appropriate places. One of the backdoor's unpleasant features is that it is as dangerous as the payload it can put on a device. Regardless of its task, after all, the cybercriminal may delete all the files on the victim's machine or completely format the hard drives.

A backdoor in a system can appear either with legitimate software (including OS) or with an unintentional vulnerability. Also, individuals with physical access to a computer can install a backdoor on the victim's computer. Sometimes developers intentionally leave backdoors in software and hardware for remote technical support. But in most cases, backdoors are installed either by cybercriminals or intrusive governments to gain access to the victim's device.

In some cases, an inattentive PC user may unknowingly install a backdoor from a file attached to an email or along with downloaded files from a file-sharing service. Fraudsters disguise the infection with suggestive names and texts that induce the victim to open or run the infected object. In addition, software backdoors can be installed in a computer by other malware, just as unnoticed by the device owner. Like worms, these malicious programs secretly spread through the information system without displaying any warnings or dialog boxes that might make the user suspicious. How to Prevent Backdoor Attacks?

Unfortunately, no one is immune to backdoor attacks. Hackers are constantly improving techniques and creating more sophisticated malicious files to gain access to user devices. However, by following the instructions below, you can reduce the risk of a successful backdoor infection:

Protect yourself against backdoor with Gridinsoft Antimalware, the best Backdoor Remover available. Regain control of your privacy with a backdoor scanner, detector, and remover that's ultra-fast and refreshingly lightweight — and 100% effective.

What does "Backdoor application" mean?
Backdoor program — a specific malicious program that is created with an intent to gain unauthorized access to the victim's device. The term means the same as just the word "Backdoor". Cybercriminals use this kind of malicious program to get access remotely and then exercise their intended malicious actions. Threat actors can install backdoors both on hardware and software parts of a computer. Most types of backdoor programs exploit IRC backbone and receive their commands from mutual IRC chat clients.
What is the difference between backdoors and trojans?
Trojan virus is a kind of malicious program that pretends to be a legitimate program but instead it will steal the user's sensitive data or will spy on the victim's online activity. To deliver trojans to the victims, threat actors usually employ various social engineering attacks like sending email with a malicious attachment or some free to download file. Backdoor viruses also belong to the trojan malware family. They also get hidden inside legitimate looking programs but once on the victim's device the backdoor will begin conducting its secret malicious activity after gaining primar access to it. Among the various activities it will also include executing commands given from threat actors
What is a website backdoor?
Basically, website backdoors is a hidden entry point in your site that for those who knows about the point it will present with unrestricted and unauthorized access to the resource. Website backdoors are very difficult to detect manually and in fact you can compare the process of finding the website backdoor with trying to find a particular hay in a barn that is full of hay. In other words to explain, website backdoor is a malicious code that can be deep hidden within regular, non malicious code on a site. Apart from this, backdoor malicious code can secretly reside in other different parts of a site. If the malicious problem is left unchecked the site will continue to be vulnerable to various cyber threats.
Do trapdoor and backdoor mean the same thing?
A computer trapdoor is another word for backdoor. Trapdoors can be created for a variety of reasons both legal and illegal. In its essence, trapdoors or backdoors provide secret and in some cases undocumented access to an online service, operating system or application. The use of trapdoors may vary from simple troubleshooting to illegal access.