What is a Data Breach? Definition & Examples

A data breach occurs due to a cyberattack that allows cybercriminals to gain unauthorized access to a computer system or network and steal the customers' personal, confidential, and financial data. 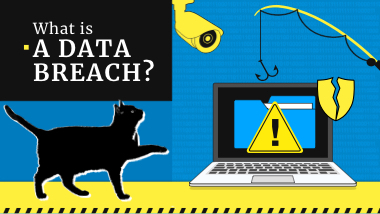 What is a Data Breach?

Are you sure all confidential internal information in your company is secure? Popular sources of data leaks are about to test the operativity of your analysis and make decisions.

Each corporation has a lot of internal information that circulates exclusively inside it. Some preliminary reports, production documents, stocktaking reports, and invoices never get outside the company. And the majority of this documentation carries nothing valuable - what would you do with the pack of invoices of Apple inc. If you are not an employee of that company? Probably, you will check it a bit - just because of simple interest and then throw it away (or delete it if it was in electronic form). However, not all documents are so useless - check the text below.

Data breaches (or data leakages) are when one or several mentioned documents are leaked outside the company, and somebody who has no relation to the company can check it. This situation may occur for various reasons - human factors or problems with document flow security. The consequences, however, may vary, too - from nothing to bankruptcy.

Which data is for sale?

The first thing you need to understand is that something not valuable for you may have great value for somebody else. If you are not a financial analyst, there is no use in the preliminary quarter results of a particular company for you. Meanwhile, a man or woman who knows how to interpret these digits will be highly interested in something like this. Such papers gain even more value if they are the first person “from outside” who reaches this document. If the company is about to release its earnings report, and you have this report leaked - it is effortless to predict the reaction of its stock price and have a good profit from it.

Another sort of information, which is valuable for interested persons, is operating information. When you can see the information about some internal transactions, amount of new devices this company is planning to produce, and possible notes about the financial situation inside of the company, it is straightforward to use it for your profit. Even if you know nothing about financial analysis, a note like “We need to get a debt restructuring, or our co is about to go bankrupt” will give you explicit instructions. At least, you may sell this information to a third party and get a pretty hefty profit.

Leaks of some secret information are rare but carry the most hazard for the company and its employees. Primarily, private information turns only to companies employed in aerospace and defense or some innovative industries. So, for example, it will be a pleasant surprise for the spies to get some blueprints of a new fighter constructed by Boeing. Another example is calling the datasheet for a new battery type developed by Tesla - EV-makers worldwide will be happy to see the detailed documentation. How does it happen?

Common cyberattacks used in data breaches include the following:

It is pretty easy to detect the possible point of the leak, especially if you devote enough time to controlling your employees and the computer network in the corporation. The majority of data breaches happen because of the actions of your employees. Even when we talk about the cyberattack - with ransomware or spyware injection, it is pretty easy to understand that those viruses do not appear out of the blue. Someone opened a strange email or launched a hack tool of some sort - and this is enough for malware injection.

Sometimes, people in your staff are just the dispatched agents of other companies. Such a situation is a sure sign that you must make some severe changes to your recruitment policy. It is pretty easy to detect such a spy and prevent its activity if you do it immediately.

For instance, thanks to these agents, Microsoft received a tremendous amount of information about the window interface at the early stages of its development in Apple. Later, Gates' company applied these developments in the first version of Windows. But, of course, Apple couldn’t leave such an incident without the attention - and started legal action against Microsoft due to the illegal use of patented stuff.

The examples of malware-related leakages can be met in the last five years. First, you probably heard about the cyberattacks on corporations - viruses encrypt their files and steal many internal corporate data. Then, this information is sold on the Darknet - the info obtained in such a way can barely be sold without anonymity.

Hackers Stole Data from the LastPass Use Password Vault

The Biggest Data Breaches in 2023

The Biggest Data Breaches in 2021 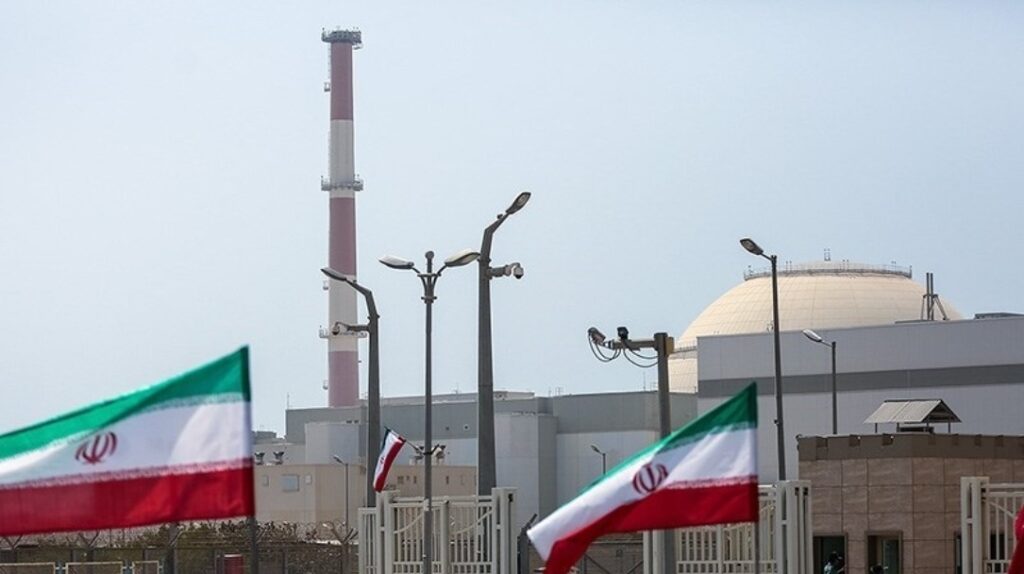 Consequences of the Data Breach

As already mentioned, people could profit from using or selling the leaked data to a third party. Cybercriminals who got the data in an outlaw way often ask the company for additional ransom for keeping the stolen data unpublished. In contrast to reputational ones, financial losses may be recovered, so corporations usually pay for keeping their secrets.

Usually, the company's management searches for a guilty person after a data leak. Finding a scapegoat is a bad idea: if the HR department missed a potentially hazardous person (who had similar cases in the past), it must work hard on its recruiting policy. Blaming the only man or woman is useless - even if this person is a source of a leak, it is evident that such cases must be prevented in the future. And it is better to stop all possible “spies” earlier than they can even reach the internal information. Terrorizing all of your employees and restricting their Internet access or external storage devices is less effective.

Of course, sometimes, these restrictions are reasonable. For example, removable drives are a perfect career for various viruses, so the limits of their use are pretty logical. However, setting the firewall will not stop the viruses (they can easily disable it) but brings a lot of discomfort into the working process. On the other hand, genuinely motivated employees will never procrastinate on Facebook or Twitter, so there is nothing to fear if you have done good work on the stage or in recruiting. 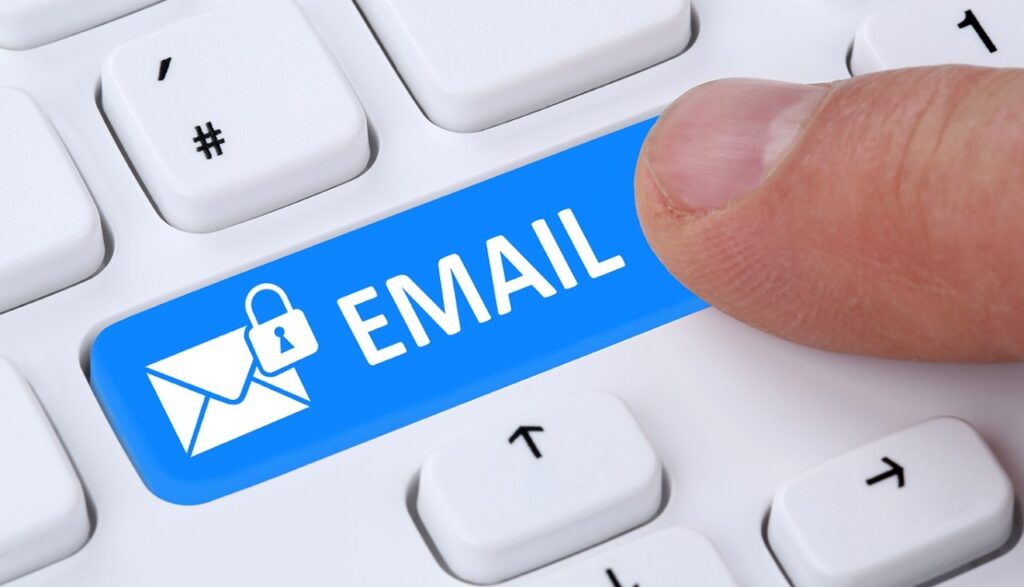 What does data breach mean?
Data breach, or data leak, is a situation when information that is not supposed to be available to exit the company in any form becomes available for an outside person. A data leak occurs when information has been extracted or stolen from a system without the owner's knowledge or permission. A small company or large organization can be affected by a data breach. Stolen data may include confidential, proprietary, or sensitive information such as credit card numbers, customer data, trade secrets, or national security issues.
Is data breach serious?
Leaked data can reveal everything from social security numbers to banking information. With this data, a criminal can engage in all kinds of fraud in your name. Stealing your identity can ruin your reputation and credit standing or cause legal problems. Unfortunately, it's also hard to fight back.
What should a company do after a data breach?
If you are a small business owner and you have a data breach, here are some steps to take in response to the breach:
What is the most common cause of data breaches?
The most often causes for data breach are cyberattacks. They happen for different reasons, but usually those are recklessness of employees, poor cybersecurity in the whole organization and lack of data protection measures. A much more rare case is an insider job, where an employee steals sensitive and valuable data for his own motives.
Is data breach a cyber crime?
Because confidential, sensitive, or otherwise protected data has been illegally accessed during a data breach, it is considered an offense. Data breach notification laws include provisions regarding the application of these laws, such as the persons, institutions, and/or authorities to which the laws apply and what is considered a breach under these laws. In addition, these laws require that breached organizations (and those covered by the law) report the breach to the persons whose data has been compromised and to other relevant parties.