What is a Zero-day Attack? - Definition and Explanation

Zero-day vulnerabilities make it impossible to have a proper stage of readiness for the cyberattack. It makes the possible vector of invasion random and will likely strike you pretty hard if you ignore that something is happening. 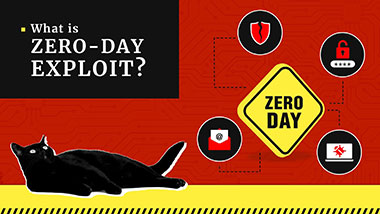 What is zero-day exploit?

The thing all people are afraid of the most is suspense. When talking about cybersecurity, the most unpredictable thing you can ever meet is a zero-day attack. You never know where they appear and cannot be ready to react.

Why are zero-day vulnerabilities so scary and dangerous? At a glance, some say they have little to no difference from the other threats. And as soon as they are uncovered to the public, their main otherness evaporates. Other people may act contrary - saying that there is no reason to establish any security at all because zero-day attack breaches will be equally null the top-tier EDR solution and a hacked version of a regular antivirus tool. So, where is the intermediary? So, where is the intermediary? And finally, how to protect you and your company from zero-day attacks, if possible at all?

What is a zero-day attack?

Zero-day vulnerabilities, or zero-day exploits, are the security breaches in the programs that have never been uncovered yet. Exactly, it is their main danger. While known breaches are listed and described in all details in the specialized sources, you may only expect where the zero-day threat is. Cybersecurity analysts from all over the world try to create a solution that will at least be able to prevent this problem. Meanwhile, software vendors launch bug hunter programs, where initiative users are granted a substantial sum of money for finding the breaches.

The lifecycle of a zero-day vulnerability

The final effects of zero-days breach are the same as in any other case of vulnerability exploitation. Cybercriminals use the breaches to escalate privileges or to execute the code they need remotely. That gives them advanced capabilities for performing the intervention into the corporation they attacked. One may say exploited meaning - whether they’re zero-day or not - is the basis for the cyberattack. Not each one is committed to the use of them, but their share grows continuously.

But what is the danger of a zero-day attack? Is there a reason to worry so much if it grants the crooks the same abilities as a regular exploit? Yes, if you use a security solution of any sort, and know the price of data leak. Generally, when we talk about the EDR solutions, they apply different realizations of trust policy. The specialist who sets up the endpoint protection chooses which apps to trust and must be checked twice. You can set it up in a paranoid manner - up to a quasi-zero-trust model, but that will slow down the operations. Sure, there is an option “not to choose at all” - using a proper zero-trust security system, which will not affect the performance so much. However, they are much more expensive. Zero-day attacks are, apparently, the cyberattacks that include the use of zero-day vulnerabilities. The severity level of these attacks and the impact on the target may differ, but their unpredictability is the main characteristic of such attacks. While you may protect your system or network from classic attacks using known breaches or design flaws, it is impossible to predict the zero-day attack.

The exact attack roadmap may be different. Crooks can use the breach to escalate privileges once and execute their malware. Another option that is mainly used when scammers try to infect the whole network or to deploy the advanced persistent threat is to create a new account with administrator privileges on the local machine. After that, crooks usually hide that account and use it simultaneously with the use of the initial ones. Having the administrator account, they are free to do whatever they want - from gathering the information from the infected PC to brute-forcing the other computers in the network or even the domain controller.

Exactly, at the stage when brute force or malware spreading in the network is happening, it is quite easy to detect the malware presence if the security specialist knows that something is going on. However, crooks who do more than just ciphering the files with ransomware and asking for the ransom know how to circumvent the possibility of being detected. Obfuscation, disguising the activity as one from a legitimate program, creating the distraction - these are only the basic actions crooks may apply to reach their target.

Zero-day attack prevention: How to discover danger in advance

Like anything related to any application's functions, you can find zero-day vulnerabilities through code analysis. The main question is who does that analysis - crooks, developers, or bughunters. In the way things turned out, cybercriminals and bug hunters have a much more material reward for their activity in exploit searching. First, receive ransoms and a big scoop for selling the data in the Darknet, and second get paid for each breach found. Meanwhile, the developers receive only the non-material things - like recognizing their software as safe to use. Reputational losses that result in losing users do not feel as accurate as a bundle of banknotes.

The way zero-day vulnerabilities are detected

The deep analysis is insufficient to detect the potential weak spot. Staring at the code rows will not indicate how exactly crooks may use the vulnerability and which benefits it will bring. That’s why the instrument kit for bug hunters and hackers is almost the same. Experts who work with that stuff know the primary “stress concentrators” - places where the program accesses the network or asks for increased privileges- most often places of the breach. Nonetheless, even discovering the breach and determining what crooks can use it is not enough to use it in the wild. An army of programmers from the Darknet marketplaces are ready to write a unique exploit malware for just $10, and regular antiviruses will barely stop it with signature-based detections.

Why do vulnerabilities appear?

Cybersecurity analysts did not consider a single reason for the appearance of vulnerabilities. Most of them are non-intended mistakes - such ones appear from non-professionality or the lack of peers to compare the codebase. Sometimes, the developers create an exploitable function to fit some current needs. For example, there is an ability to edit the Windows Registry remotely, which was pretty useful in the ‘90s. At the time of Windows 95/98, you had a lot of reasons to set something up in the registry, and the possibility of doing that for all computers in one click was a mess for system administrators. Unfortunately, cybercriminals harnessed that “feature” quickly until that function was set to “disabled” by default. However, they sometimes enable it - it is useful for creating multi-functional backdoor access.

In some rare cases, the breaches are created intentionally, primarily to use them for the developer’s needs. Such a breach is rare, and its presence is usually pretty hard to detect. However, the scandal explodes exponentially as it is uncovered. While common vulnerabilities are not so critical for the company's reputation, , intentional ones are like a nuke for the company’s reputation.

Hackers Stole over $2.5 million from Hackers

The cybersecurity world witnessed numerous examples of zero-day exploits. Some of them were successfully used by cybercriminals, but most were detected and fixed before the crooks did it. Let’s check the most notorious cases.

Even though the initial vulnerability - CVE-2021-44228 - was fixed with an instant patch, the other one appeared in that patch - CVE-2021-45046. This vulnerability has already led hundreds of companies to money losses and will likely circulate for several years. Yet it deserves the CVSS ratio of 10/10. Exploit for Vulnerabilities ProxyNotShell Appeared on the Network 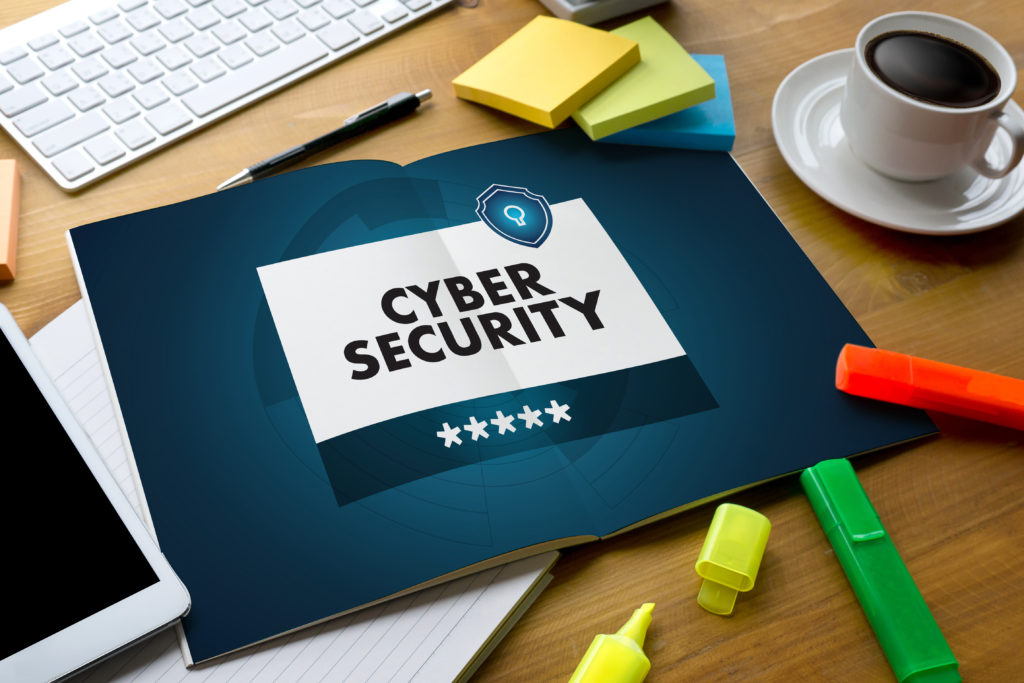 How to avoid zero-day exploits and attacks?

The absence of the ability to expect where the danger can come from makes most of the advice much less effective. When you know where the enemy will try to break through, you can presume how it will do this and how to defend. Meanwhile, counteracting the 0-days with well-known methods is more like fighting windmills. There is not much you can do precisely against these kinds of threats. Therefore, we’ll list only the most effective ways of zero-day malware counteraction.

Thousands of GitHub Repositories Spread Malware That Is Disguised as Exploits

There are a lot of security issues in the programs. Why aren't all of them zero-day vulnerabilities?
The main criteria that make any bug potentially dangerous are that it can be used for malicious purposes. The exact functionality of such bugs must be the remote code execution, cross-site scripting, or privileges escalation. However, most of the security issues found in the apps don’t give any of those abilities. Even more, bugs are weeded out at the stage of exploit creation. When it is possible to do something worth attention with that breach, making it working easy enough to commit a cyberattack using that breach is even harder.
If most cybersecurity solutions are useless against zero-day breaches - is there a reason to use them at all?
The malware world does not end up with zero-day malware. No one has suspended the malware spreading using more ordinary ways. Sobriety, mastered network settings, and awareness boosts any cybersecurity solution running in the network. But the solution will likely stop most things even without giving them a chance to test your setup. Zero-day breaches may be compared with a burglar who breaks into your house through the window. Will you keep the windows open? Sure, no, because hornets and bats may get in as well. But having your windows closed and the alarm set up, you will likely stop all possible intruders.
What is the difference between zero-day vulnerability and zero-day malware?
Under the term “zero-day vulnerability”, the cybersecurity community usually means the same bug in the program that allows the crooks to gain extraordinary abilities. Meanwhile, zero-day malware is a malicious app or even a piece of code integrated into that breach. You could see the example of zero-day malware several paragraphs above in the description of the Log4 Shell breach. Code injected into logs acts exactly like the trigger, forcing the attacked system to do what crooks want.
Why did software developers not apply the obligatory reviews of the code in their software products?
They do so - this procedure is known as quality assurance (QA). However, the amount of such check-ups and the overall appliance of such an approach is petty. Most QA teams concentrate on UI checkups rather than on security issues... Companies don’t want to decrease their margin or increase the product price (the work of those people must be paid as well) and delay the releases for a week or two. The obvious solution is to give those check-ups on outsourcing and give the users a choice: to use an unreviewed software now or to use the approved version after a certain delay. It already works in different Linux communities - but the total updates flow for this OS family is small enough to manage it with the help of volunteers.