Let me remind you that we also wrote that TrickBot Hack Group Systematically Attacks Ukraine, and also that Microsoft Accuses Russia of Cyberattacks against Ukraine’s Allies.

According to the researchers, this campaign has been running since July 2022 and is a social engineering attack on the supply chain. Apparently, a cluster of threats is behind the attacks, which experts track as UNC4166.

Infections carried out in this way were found in the networks of “several” government organizations, which were allegedly hand-picked by the hackers. At the same time, the researchers do not specify which government agencies were affected, and how pirated torrent files got on their computers. 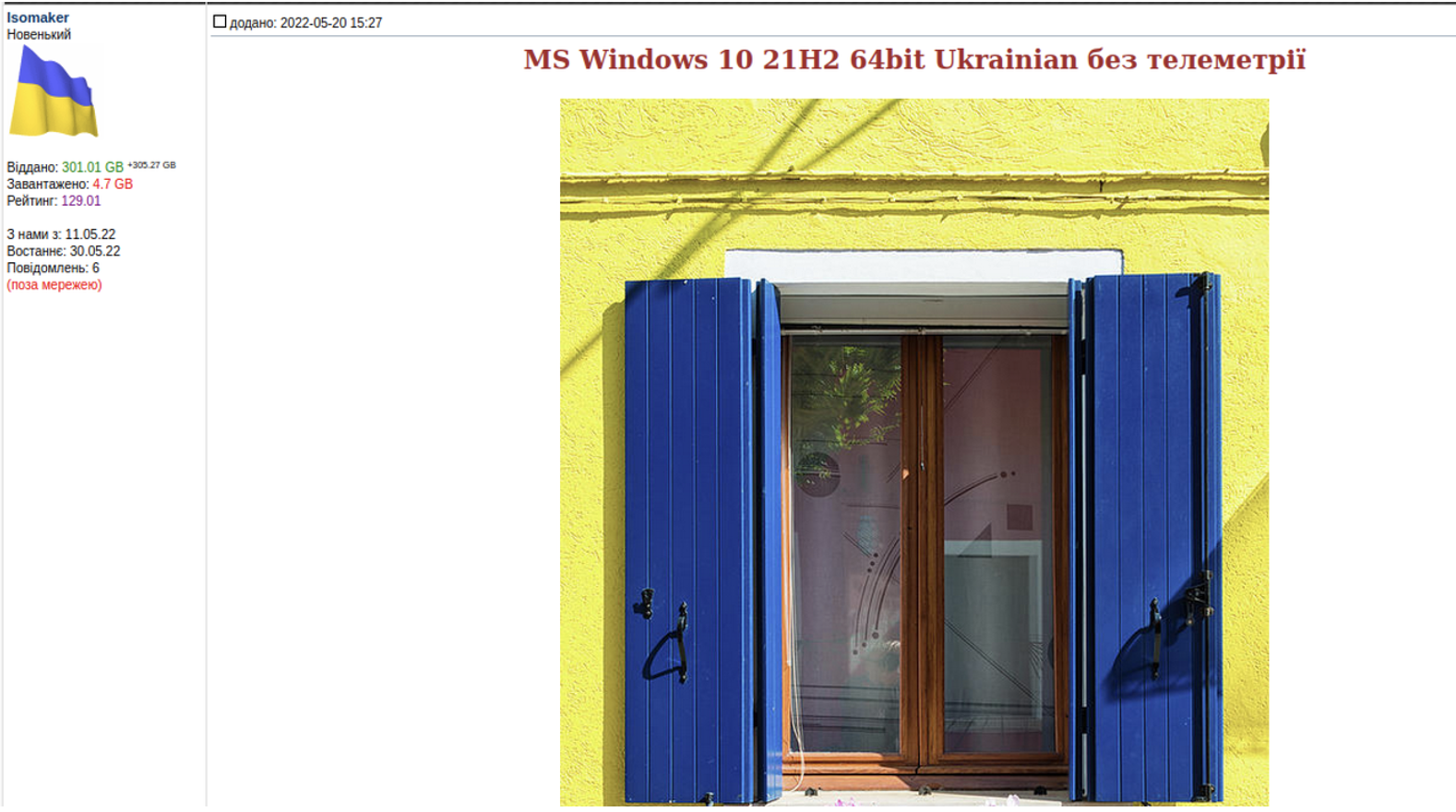 One of the trojanized distributions

The company says that if an infected installer is used, malware enters the system, which collects information about the compromised system and transfers it to its operators. The report highlights that the hackers are using the Ukrainian language pack and that the attacks target Ukrainian users.

In some cases, the attackers even tried to download Tor Browser on the victim’s device. Although the exact reason for these actions is not clear, the researchers suspect that Tor could serve as an alternative channel for data theft.

The use of trojanized ISOs is new to spying operations, and the built-in anti-detection features indicate that the hackers behind this activity are security conscious and patient, as this operation required considerable time and resources to develop, equally as well as waiting for the ISO to be installed on the target network.the experts conclude.