The operators of the ransomware Ragnar Locker published on their “leak site” the data stolen from the police unit of the Belgian province of Antwerp. The problem is that the hackers believed that they had compromised the municipality of the city of Zwijndrecht, and the law enforcement officers were hacked by accident.

Let me remind you that we also wrote that BlackCat ransomware gang publishes leaked data on the clear web site, and also that List of suspects in terrorism that are monitored by the FBI leaked to the network.

The Belgian media have already called this leak one of the largest in the history of the country, as it affected all Zwijndrecht police data from 2006 to September 2022. 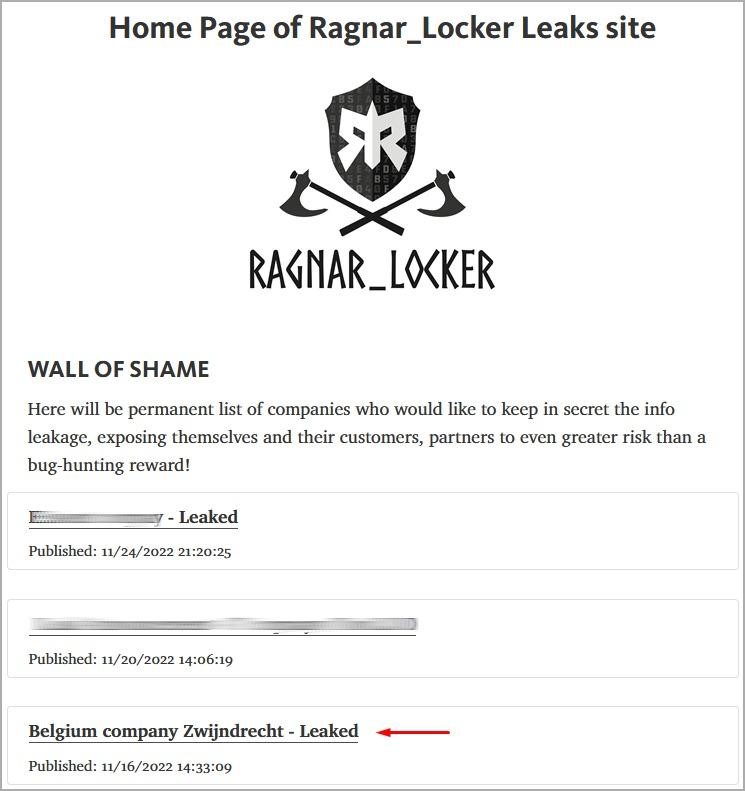 The Bleeping Computer writes that among the published data, you can find thousands of license plates, crime reports, personnel data, investigation reports and much more. Unfortunately, such a leak could reveal the identities of the people who reported the crimes, as well as jeopardize ongoing law enforcement operations and investigations.

At the same time, the Zwijndrecht police report on social networks that hackers gained access only to that part of the network where administrative data was stored, and the employees themselves were the first to suffer from the attack.

Zwijndrecht police chief Marc Snels told local media that the data breach was due to human error and all those affected are already being notified of the incident.

This is not the case when there was a leak in general of all data. The [compromised] network mainly contains personal information of our employees, such as personnel lists. But sometimes this network does contain confidential information. These are human mistakes. For example, fines and photos related to child abuse “leaked”. This, of course, is very unpleasant.Snels says.

It is known that the Belgian prosecutor’s office has already opened a criminal case in connection with this hack.

At the same time, Bleeping Computer notes that, according to Belgian journalists, the attackers targeted a poorly protected Citrix endpoint and penetrated the police network through it. Investigators also found that among the “leaked” data there are metadata of subscribers of telecommunication services and SMS messages of people who are under a secret police investigation. The files also contain traffic cam footage revealing the whereabouts of specific people at specific dates and times.

This is not the first such incident. For example, Techcrunch reported that Hackers have stolen personal data of about 4,000 American federal agents and police servicemen and uploaded it on the Internet.