A copy of the FBI’s Terrorist Screening Center (TSC) list has Leaked to the network. It is a list of suspects in terrorism that are monitored by FBI. The database contains 1.9 million records, including the secret “No Fly List”, that is, a list of persons who should not be allowed on board of the aircrafts.

The TSC database, run by the FBI, was established in 2003 following the September 11 terrorist attacks. It contains the names and personal details of individuals who are “known or reasonably suspected of involvement in terrorist activities.”

Although the base is operated by the FBI, the agency provides access to several US government agencies, including the Department of State, Department of Defense, Transportation Security Administration, Customs and Border Protection, and international law enforcements.

Although this database contains data on suspected terrorists, it is better known in the United States as the “No Fly List,” which is a list mainly used by US authorities and international airlines to allow or deny entry to the United States.

The very existence of the TSC base has been kept secret for over a decade, but in recent years, authorities have begun to notify US citizens that they have been added to the No Fly List.

This week, the head of Security Discovery and well-known information security expert Bob Dyachenko said that he found a copy of the TSC database on an IP address in Bahrain. 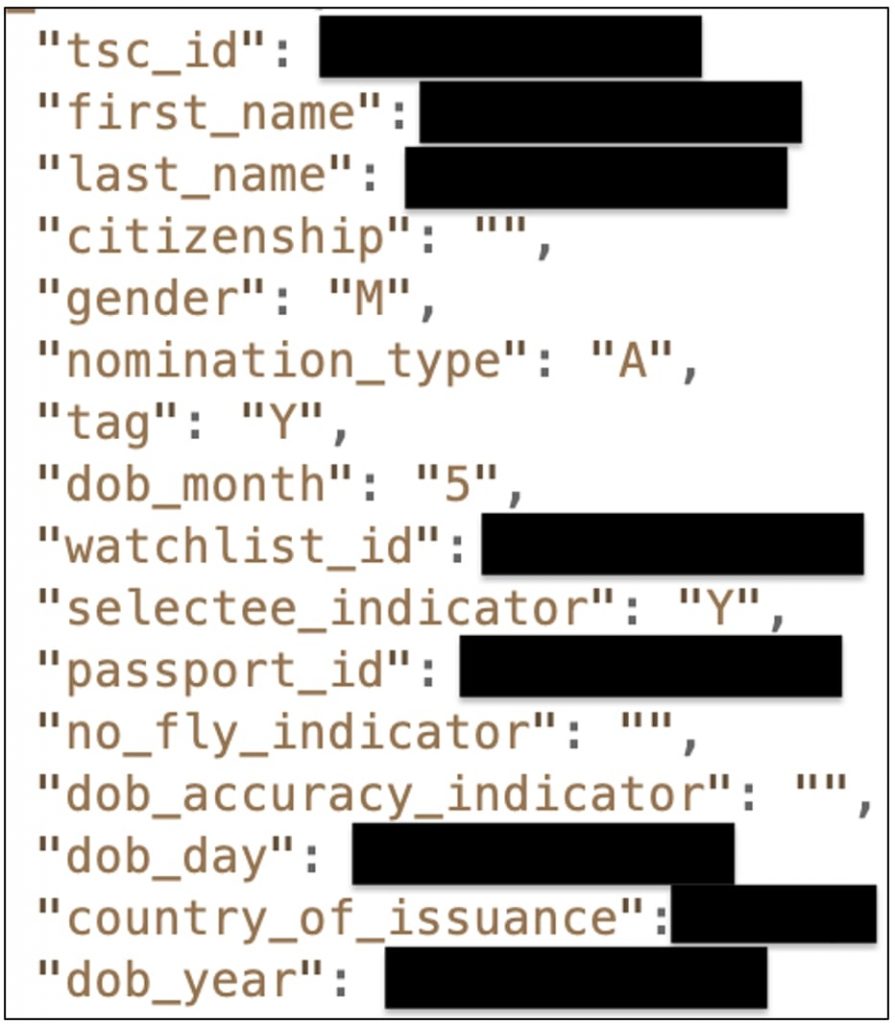 The discovered Elasticsearch cluster contained 1.9 million records. I do not know which part of the TSC list he kept, but it seems that the entire list was disclosed.the specialist writes.

Dyachenko notified the Department of Homeland Security of the leak on July 19, when the database was indexed by Censys and ZoomEye, and when he discovered it. The server went offline after about three weeks, on August 9, 2021. The expert writes that he does not know why it took so long, and it is not known whether unauthorized persons had time to reach this base.

In the wrong hands, this list can be used to harass or persecute people on the list or their families. This can cause many personal and professional problems for innocent people, whose names [for some reason] were included in the list.Dyachenko notes.

Let me remind you that we also talked about the fact that the FBI and NSA release a statement about attacks by Russian hackers.