Users found that a messages with certain characters in the Sindhi language symbols (used primarily in India and Pakistan) disable OS 13.4.1 and crash the iPhone and iPad.

A “text bomb” will affect the operation of the device, even if the user simply received a notification from Messages or WhatsApp, or from social networks (for example, Twitter). That is, the problem can affect thousands of people.

After receiving such a malicious notification, the device freezes, sometimes stops responding at all, and eventually crashes.

“The string of text, which we aren’t going to share here, includes the Italian flag emoji and characters in the Sindhi language. When an iPhone, iPad, Mac, or Apple Watch receives a notification with this text string, things get wonky. Sometimes, your device will crash, while other times it completely stops responding to touch input, and much more”, — report 9to5Mac magazine journalists.

According to 9to5Mac, now malfunctioning characters are increasingly spreading on Twitter and other social networks, and for the first time they were published on an unnamed channel or group in Telegram.

“Details of where this text string originated are somewhat unclear, but the original source seems to have been a Telegram group. It’s now going viral on Twitter and other social media platforms, though, so it’s worth being aware of it. It can spread through theoretically any application, including Twitter, Messages, and more…”, — said in 9to5Mac.

Initially, it was reported that in order to provoke a failure, the notification should contain emoji of the Italian flag, as well as Sindhi symbols. However, the well-known blogger EverythingApplePro demonstrated that the Italian flag is not necessary for this. 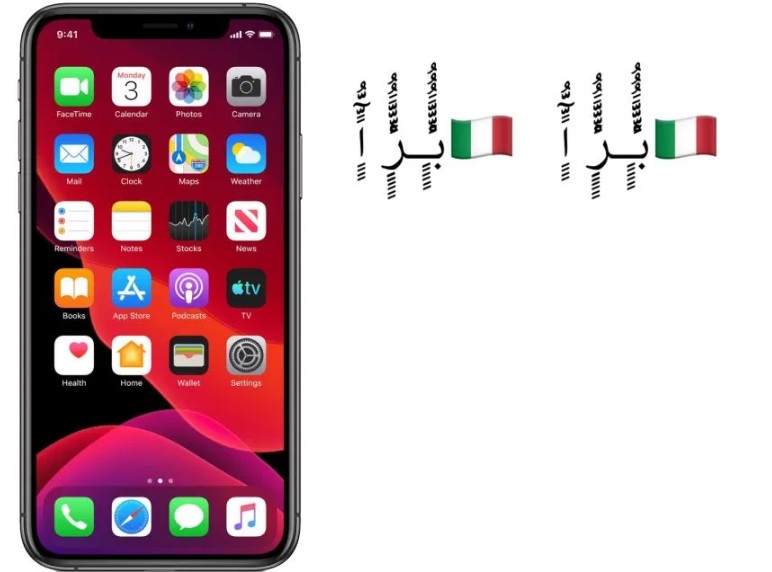 Since there is no fix yet, and it is unclear when Apple will release the patch, users are advised to temporarily turn off notifications.

Let me remind you that this is not the first bug of this kind. For example, in 2018, iOS users suffered from a similar error related to the Telugu language symbol, common in the Indian states of Andhra Pradesh and Tellingan. Then all these applications reacted to the problematic symbol (జ్ఞా), like to the classic “text bomb”, that is, they “hung up” and went into an endless cycle of reboots.

And recently for iOS was discovered a new exploit, with the help of which China traced the Uyghurs.