Nat Friedman, leading GitHub after acquiring Microsoft in 2018, said on Twitter that GitHub will replace the term “master” with a more neutral synonymous. For example, main, to avoid unnecessary references to slave times.

If this really happens, GitHub will become one of the many IT companies and open source projects that in recent years have spoken out in favor of rejecting various terms that can be considered offensive from the point of view of black developers.

So, at the end of last week, Chrome engineer Una Kravets announced on Twitter that the Chrome development team is considering renaming the default browser source branch from “master” to a more neutral term “main”.

“For what it’s worth, I’m *super* happy to rename the default branch structure of “master” to “main” and I hope we can all do this together as a community with @github leading the charge by implementing in their product moving forward”, — wrote on Twitter Una Kravets.

Nat Friedman confirmed in response that GitHub is working on this idea.

Such changes usually include the rejection of the use of the terms “master” and “slave” in favor of alternatives such as main, default, primary and, accordingly, secondary. Also, the well-established concepts of whitelist and blacklist, that is, “black list” and “white list”, are replaced by neutral “allow list” and “list of permissions” and “list of prohibitions/exclusions”.

Influenced by the Black Lives Matter protests that swept across the United States, the IT community has returned to discussing these issues, and many developers are currently working to remove similar terminology from their source code, applications, and online services.

For example, the developers of Android, the Go programming language, the PHPUnit library and the Curl utility have recently announced their intention to find alternatives for whitelist/blacklist. In turn, the authors of the OpenZFS project are already working on replacing the terms master/slave, which are used to describe the relationships between storage environments.

“I am literally in the process of opening up issues for a bunch of Microsoft libraries I use that use these phrases“, — said on Twitter LinkedIn engineer Gabriel Csapo, who of those who is pushing racist concepts out of IT.

Other projects that do not use these terms directly in their source code or user interfaces, have paid attention to their source repositories. The fact is that majority of these projects manage source code using Git or GitHub, while Git and GitHub, in their turn, use the notation master for the default repository. 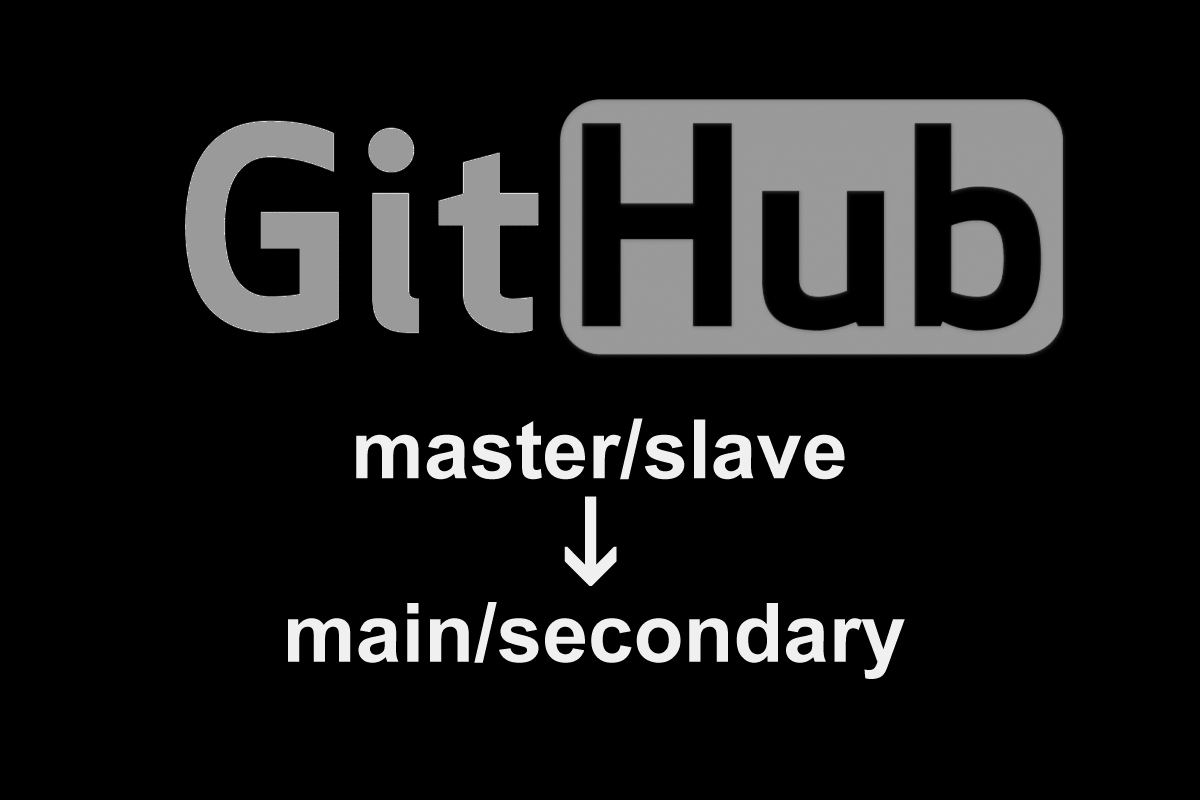 Journalists of the ZDNet magazine noticed that a number of open source projects already supported Black Lives Matter and changed the names of their repositories from master to various alternatives (such as main, default, primary, root, and so on). These include OpenSSL, Ansible, PowerShell, the P5.js JavaScript library, and many others.

“These actions gave rise to a very heated discussion in the open source community, and it came to the point that Git developers are now thinking about such changes (although discussions on the mailing list and on GitHub Issues are still far from over)”, – write ZDNet journalists.

It is worth saying that the developers are making efforts to eradicate incorrect and potentially offensive terms, and not only recently. It all started back in 2014, when the Drupal project abandoned the terms master/slave in favor of primary/replica. Many other companies, including Python, Chromium, Microsoft Roslyn .NET, as well as PostgreSQL and Redis, followed Drupal example.

However, despite the fact that such changes are approved by the developers of many large projects, until recently they were not widespread. For example, most opponents of such changes often explain in discussions that terms such as master/slave are more often used today to describe technical scenarios, and not as a reference to actual slavery, and the word blacklist, that is, a “black list” is not at all has nothing to do with black people.

It appeared back in medieval England, when, for example, the names of problem workers were entered into special books called “black” (moreover, it was a question of shame, censure and punishment, and not the color of the skin).

However, GitHub users have something to worry about – I recently reported that Octopus Scanner Malware Found On GitHub.