4chan has published a 42.9 GB torrent file, which contains the source codes for several operating systems, including Windows XP and Windows Server 2003.

The person who published the file claims to have spent two months creating this torrent, and previously these files were distributed by data brokers only privately.

The file also contains the sources:

Although Microsoft representatives have not yet commented on the incident, many experts have already studied the publication and confirmed the authenticity of the sources.

“Nothing fatal happened, because many of the published files were leaked to the network many years ago, and the new “leak ”is, in fact, a collection of that data”, — say the experts.

The only new elements that have not been seen in the public domain before are the source code for Windows XP, Server 2003, and Windows 2000. 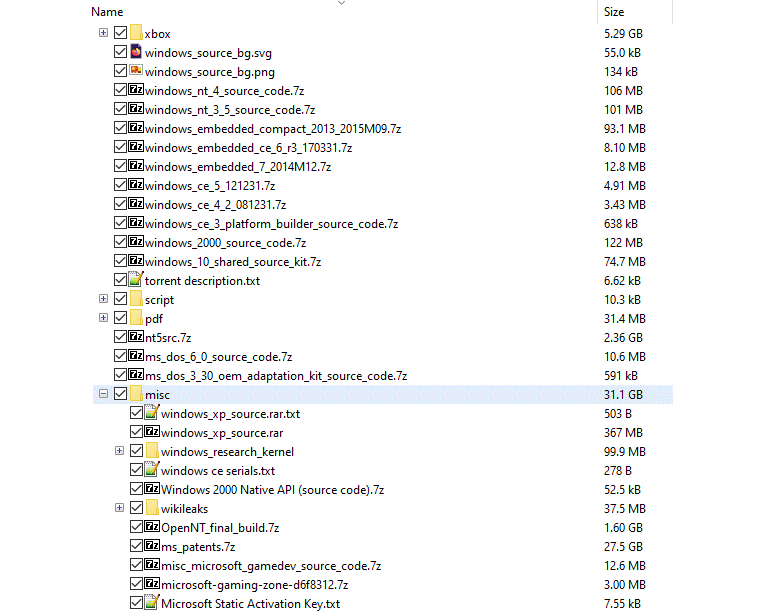 ZDNet notes that the source is likely to come from academia. For example, Microsoft has long made the source code of its operating systems available to governments around the world for security audits, as well as for scientific groups for research.

Interestingly, the torrent file contains not only the source code, but is also complemented by a set of strange videos promoting various conspiracy theories about Bill Gates and other ideas of QAnon.

Journalists, referring to information security experts, note that this leak is unlikely to pose a great danger to Windows XP users. Suffice it to recall that the OS was released almost 20 years ago, and its support was discontinued a long time ago.

Currently, the market share of Windows XP is about 1%, and it is unlikely that malware developers will be strongly interested in auditing the source code of this age and developing exploits for such a small audience.

Let me remind you that the Free Software Foundation encourages Microsoft to open Windows 7 source code, and this organization even sent Microsoft developers an empty HDD for Windows 7 sources, but the vendor so far ignores these promotions.