The end of the year is approaching, and the developers of the password manager NordPass have once again published a list of the most popular and weak passwords of 2020. The worst password in 2020 is still the same “123456”.

Unfortunately, over the past 12 months, password security hasn’t improved at all.

To compile the annual report, experts examined 275,699,516 passwords leaked to the network in various data breaches and found that the most common passwords are still incredibly easy to guess: it can take less than a second or two for attackers to crack accounts with these passwords. In addition, only 44% of the examined credentials were considered unique.

Breaking all of these passwords except for picture1 using brute force will take a few seconds using a regular dictionary attack. As for picture1, it will take about three hours to crack it.said the researchers.

As I wrote, also Ata Hakçıl, a Turkish student and independent researcher, has done a great job examining over a billion different usernames and passwords. The researcher found that every 142nd password is “123456”.

In addition to the most obvious combinations, such as “123456”, people still often use other weak passwords that are extremely easy to guess. Among them are: “football“, “iloveyou“, “letmein” and “pokemon“.

The researchers remind that when choosing a password, users should avoid obvious patterns or repetitions, such as letters or numbers located next to each other on the keyboard.

Adding an uppercase letter, symbols, and numbers can also help make your password more secure. Finally, never use personal information as a password, such as date of birth or name.

A complete list of the worst passwords of 2020 can be found in the blog of experts, and below you can see the TOP 10. 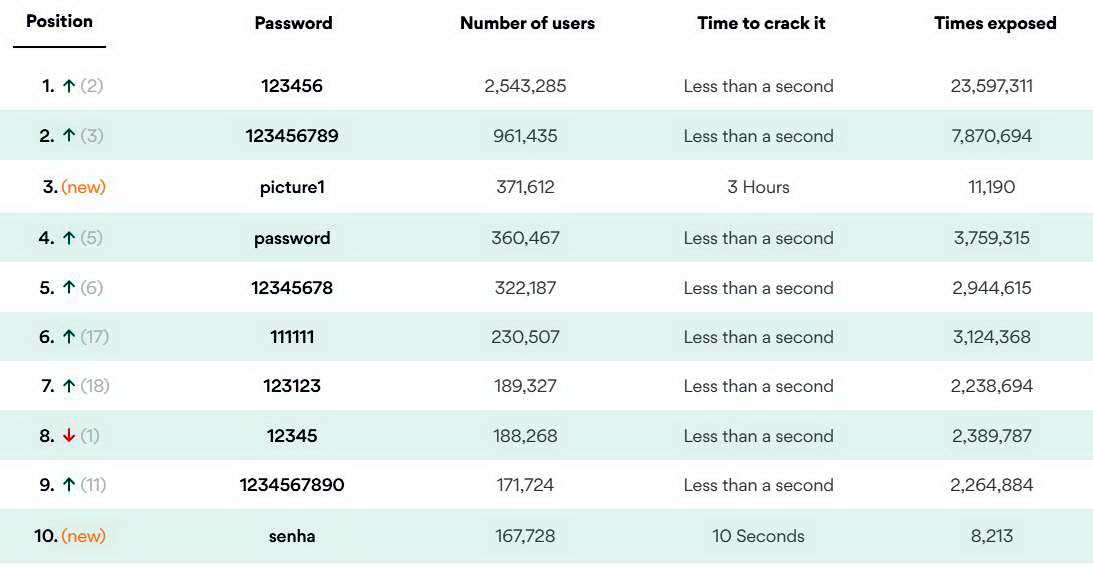