Last week it became known that the operators of the ransomware REvil are trying to blackmail Apple, and now the criminals threaten to leak the company’s new logo into the network, if the company doesn’t pay the ransom.

The hackers claim to have obtained data on Apple products after the Taiwanese company Quanta Computer was hacked.

It is the world’s largest laptop manufacturer and also one of the few companies that assembles Apple products based on designs and circuits provided to them (including the Watch, Apple Macbook Air, and Apple Macbook Pro).

As representatives of the affected company refused to pay the hackers, REvil operators began to publish diagrams and drawings of Apple products on their website. Apparently, the hackers decided that it might be more profitable to blackmail one of Quanta Computer’s main customers.

In total, 21 screenshots of Macbook diagrams were posted on the attacker’s website, and the hackers promised to release new data every day until Apple or Quanta Computer agreed to pay the ransom.

We recommend that Apple buy out the data we have before May 1.the criminals threatened.

According to the Bleeping Computer journalists, in a new private chat created for negotiations between REvil and Quanta Computer, the hackers reported that in order to continue negotiations, they hid the page with the “leak” of data, and also stopped communicating with the press.

REvil representatives say that by starting a dialogue with them, the company “can count on a good discount”: the ransom will be reduced from $50 to $20 million, and the deadline for payment has been postponed to May 7, 2021. 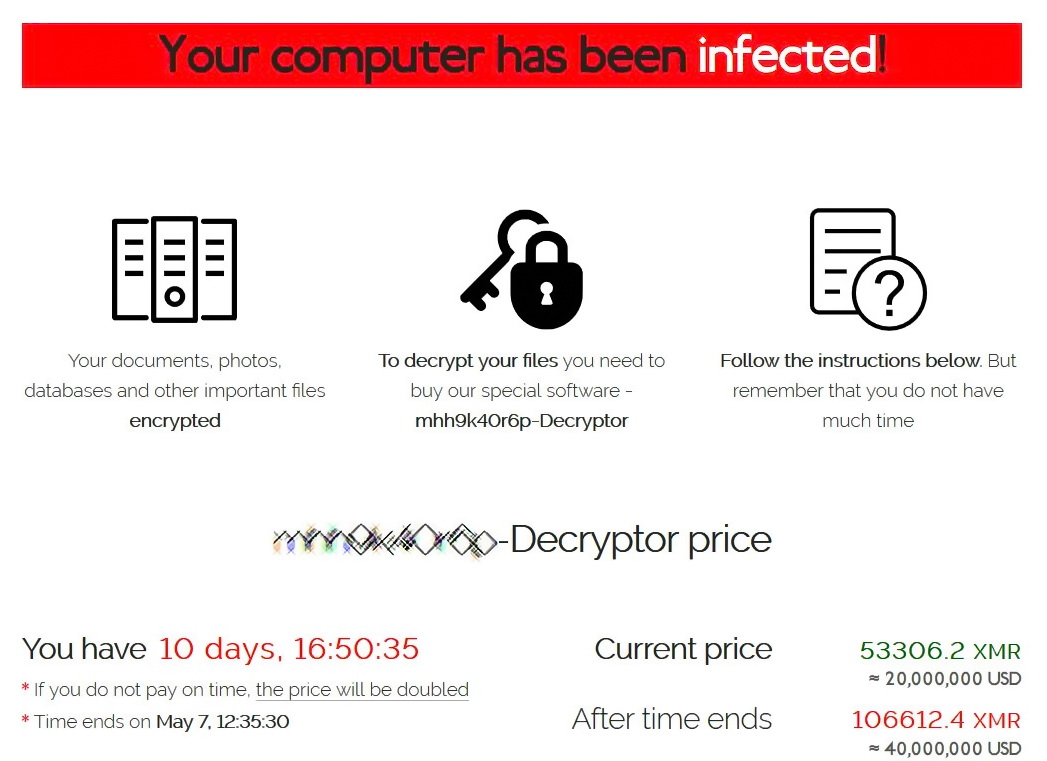 The hackers also warned that if they did not receive an answer again, they would soon begin to publish drawings of the new iPad and sketches of new Apple logos. 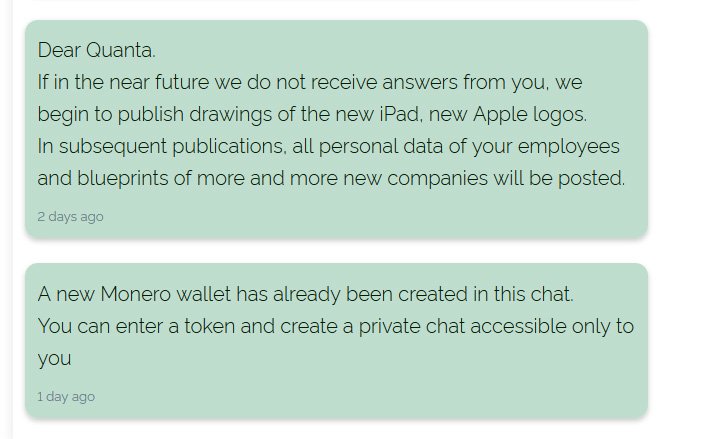 Journalists write that, according to their information, Quanta Computer never responded to this “generous offer.”

Let me remind you that this is not the first time that Apple has been attacked, as I wrote that Shlayer malware bypassed Apple security checks, and, for example, Google experts talked about vulnerabilities in Apple operating systems.